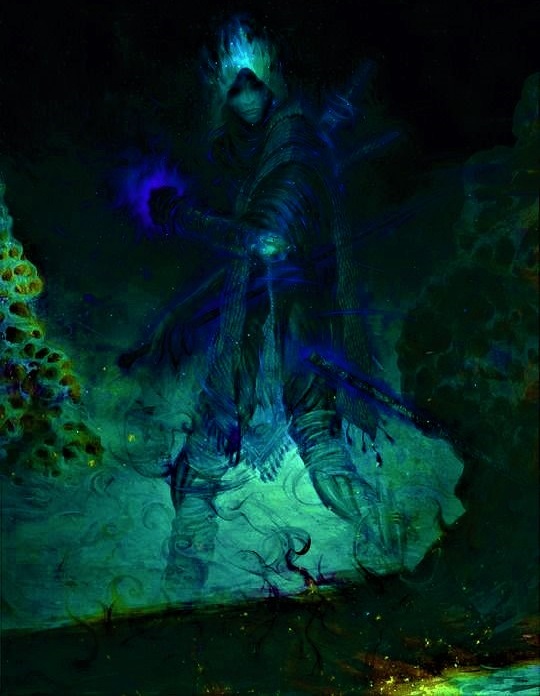 The Shadow of Fate

Astomoi skin looks like the shadows leaves make on a pond when the wind is making both the pond and the leaves dance in a gentle rhythm. This helps them blend in with darkness, as they do not form definite outlines when cloaked in shadow. However, when out in the world, Chavier is aware of his unsettling appearance, and therefore wears clothing covering his entire body.

With his light armor already on his body, he wraps long strips of dark black cloth around his torso, meticulously covering every bit of the shiny armor. This wrapping is purposely torn and patterned in such a way as to mimic the shifting nature of the Astomoi skin.

With that done, Chavier straps various belts across his body, and affixes small pouches and loops to different parts of his body. Together, these allow him to store everything that he needs to survive including small amounts of water, and energy and nutrition pellets, on his person without much added bulk. Furthermore, this practice facilitates the concealment of a multitude of weapons all over his person.

Lastly, some unassuming clothing on top of all that, with cleverly concealed pockets that allow access to the weapons and supplies beneath, and a large trench coat with additional pockets. Chavier also covers his entire face in public, wearing whatever head dress is most unassuming, and either a hat or a hood in an effort to blend in a little better. This last layer is usually designed in such a way as to be almost instantly discarded so that it does not impede Chavier in any way during combat or stealth.

Traits
• Tenacious
• Independent
• Self-righteous
• Cautious on the small scale. Specifically when sneaking into and out of places or trying to kill. but caviler in others.
• Caviler on the large scale. (I can venture into the shadowlands by myself, I’m great)
• Utilitarian.
• Quick to become annoyed, slow to become angry.

Weaknesses
• Has drawn a lot of conclusions about the world from limited information.
• Self-centered and self-aggrandized.
• Can become caviler when he thinks himself safe or well prepared for a situation.
• Can be tricked by having his goals dangled in front of him.

Chavier was born into the largest monastery in the shadowlands, where it was quickly discovered that he had the gift. The Astomoi consider those with the gift to be their greatest resource, and as such, they train the gifted children immediately and without end. The children are put through rigorous mental and physical training regiments that are designed to identify the students aptitudes, and capitalize on them as much as possible, while trying to minimize any glaring weaknesses.

Chavier’s early life in training was rather routine. He excelled at many of the things that Astomoi tend to be good at such as walking through the shadowlands undetected, and wielding various shadow magics, but his elders did not believe that he was as devoted to the collective wellbeing of the Astomoi as he should be.

Chavier on the other hand, resents the prevailing political entities within his society. He believes that they are weak, and are leading his race towards its end due to their blind adherence to tradition. As such, he has sought out external forces which he hopes will help him to steer the fate of his race away from disaster.

• He did this by leaving his society and venturing into the most dangerous part of the Shadowlands on his own, something which is both extremely dangerous, and not looked upon kindly by the other Astomoi given that he has the gift, and is therefore a very valuable resource to his society. Though it is common for young Astomoi to spend time in the Shadowlands alone as part of their training, individuals are not permitted to leave the monasteries without the approval of the ruling council.

• Chavier’s society therefore has strange feelings towards him as well. On one hand, they admire that he was independent enough to leave and make his way on his own, and they have a vast amount of respect for the gifted within their society, more so for those among the gifted who show exceptional prowess in any useful skill set. But on the other hand, many think that he has abandoned them, and they think him to be a selfish hothead that cares more for his own ideas than the good of the Astomoi.

• During his time alone in the Shadowlands, Chavier honed his survival skills. He learnt to hide, learnt to sneak, to stalk, and to kill. He became one with the shadows around him, and learnt to use their power to help him survive in the world.

• Eventually, he had traveled across most of the shadowlands, and encountered many of its most dangerous foes. Most of which he was forced to hide or run from of course,
During this time, Chavier began to see that the shadowlands were doomed. The world without wanted nothing more than to snuff them out. They would grind his lands and his people to powder if it meant that their idyllic lands could once again become untarnished by the dark. And so they must be fought. The control that they have on the shadowlands must be shattered so that the Astomoi can finally live an existence not mired completely in strife and struggle.

• To that end, chavier started to learn more about the outlands. He learned how to venture beyond the magical walls that held the shadow at bay. A difficult process requiring cunning magic, and a piece of the essence of a gifted for each life to pass through the barrier. Thus, no large number of creatures could leave the shadowlands as it would cost so much essence from its most powerful beings.

• Once Chavier was free from the shadowlands, he ventured far afield, traveling as much as he could to learn about the world without. Some of the Astmoi elders knew of the outer world, so he was not completely new to its workings, but hearing second hand accounts is not the same as living an event. Chavier needed to have a strong understanding of the world without if he was to learn to navigate it enough to free the shadowlands, so he traveled to many towns and cities and learned how to make his way in them.

• Chavier quickly became renowned for his ability to sneak in and out of places without leaving a trace. First, he made his name as a thief. Stealing mundane things like gold and jewels from lazy nobles. But soon he began to look for more valuable targets such as magic items and information.

• His success on these fronts led him to a new level of renown, and he began to draw a much higher level of clientele. Eventually this led him to stealing something even more valuable than magic and information; the lives of important people.

• It was his time as an assassin that led to Chavier’s small amount of fame within the underworld of the cities closest to the shadowlands, and the 2 or 3 others near enough to share common smugglers. Since he did not share his name with any of his clients, he became known as The Shadow of Fate for his professional life.

• He stole the lives of many a lord and merchant, and made a veritable fortune. He started to focus his eyes on his real goals: freeing his people. Using his money, he began to gather information about the rest of the outlands. What political entities exist in the world, what societies? Who held power in the world, who did everyone trust and fear? What did people say about the shadowlands, and who was in control of it? How did the barrier around it come to be, and how did it remain?

• He found the answers to many if not all of these questions. It was clear that the wizards were the best place to start. Why had they established the barrier? And who controlled them?
• First he decided he would try to sew some ill will towards the wizards in the neighboring civilizations.
• To this end, Chavier started assassinating targets not for money, but for policy and control.
• However, this was a much more delicate matter, and Chavier knew that he didn’t have enough information yet to determine how best to achieve his goals.
• After 3 such assassinations, it became clear that he had made a poor choice in one of them, and he had to kill 3 more people in a single night in an attempt to offset his failure, then leave with guards on his heels.
• As his failure was sinking in, he decided that he needed to travel to the midlands. Along the way, he met a strange spirit druid who also wanted to know more about the midlands and the veil. They eventually decided it would be wise to travel together, and thus their journey began. 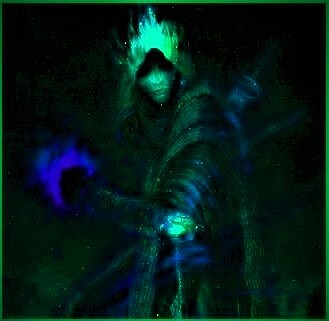